A Drink with Percy 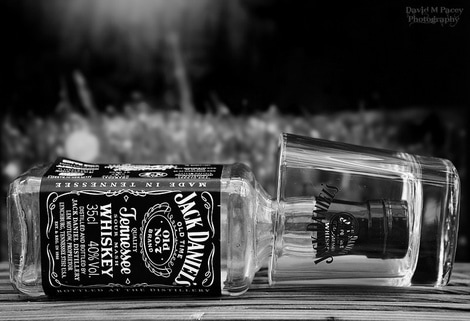 Note: Some language in this story might make it unsuitable for younger readers.
I met Percy at a bar on the west side of Phoenix. To the east, I could see red rock mountains quivering in waves of heat. It was June. It was 113 degrees Fahrenheit.

Walking across the parking lot, I noticed the vehicles. This is something I’ve just always done. Besides finding cars fascinating, it helps me gauge a place before I go in.

There were a dozen vehicles in the bar’s parking lot. Only two of them had modern, totally electric SupraSystemDrives. The other ten were the old fashioned gas/electric hybrids popular when I was a kid.

Nine of the twelve vehicles were pickup trucks. Six of them had faded stickers on their chipped bumpers that read “106.9 FM: Viva Estereo Latino”. I hadn’t listened to FM radio since I was 12 years old driving around in my dad’s archaic and, I’m embarrassed to say, fully gas-powered 2005 Chrysler.

As I opened the door and stepped in, I noticed half the ads in the front windows were for variations of Budweiser. The other half belonged to a classic Mexican beer: Victoria.

Percy was sitting across the room. He was alone, as he said he would be. Percy’s posture was excellent to the point of making me uncomfortable. There was an empty bottle of whiskey on the table in front of him. An empty shot glass rested in front of it.

Percy had a quarter in his right hand which he passed effortlessly up and down his knuckles. After each pass up and back across his hand, Percy would bounce the coin onto the table and watch it land directly in the center of the glass. He performed this ritual five times, and then he looked up toward me, smiled, and motioned me over.

“Percy, you would have been murder at college with drinking games and all that, but, you might want to give that a rest. People simply aren’t that consistently good at that kind of thing. And, you might want to ease up on your posture a bit.”

He continued to smile, put the coin down, and slumped.

“Where did you go to college,” Percy asked.

“Yes. Please pardon the vagueness of my query. Where did you do your undergraduate studies?”

“You already know, Percy. You’ve memorized everything about me on the web.”

“Humor me. Dialogue is a way I show love. And, besides that, I’m not sitting across the table from the web’s version of you. I am sitting across from you.”

“Sure. OK…I went to Texas Christian University in Fort Worth, Texas.”

“I don’t know…Well, I guess I do. It was a personal decision on my part. I was one of the people who went there as a Christian wanting to be a Christian while I was there. I just appreciate the link the old name offers, even if mine was the minority position, even back then.”

“I respect that,” Percy said. Then the spinal rod reasserted itself, and he bolted upright so quickly it made me jump in my seat and suck in a breath with an audible hwwwfpt. “How rude of me!” Percy said. “Let me get you a drink.”

“Percy, I have to say that this weirds me out a little.”

“No. The drinking a whole bottle of whiskey with no visible effect thing. Like it doesn’t matter.”

“I can decide to make it matter. But, I didn’t think that would work best for our conversation.”

“Ah, you’re just jealous,” Percy said. “I simply can do what you wish you could do.”

The bartender put another shot glass and a fresh bottle on the table between us. Percy poured me a glass, the top of the amber liquid testing the limits of surface tension, but not spilling. Not even in the least. Perfect precision.

“Now you have a chance to try my trick,” Percy said. “Just decide it won’t matter, and see what happens.” He kept smiling. It took me a moment to realize that Percy’s eyes had been fixed on me the entire time he’d been pouring my drink.

“Asshole,” I said. But I had to smile. It had been a funny thing to say.

“Fair enough,” Percy said. “But back to more substantive matters. Where did you go for your graduate studies?”

“I went to the University of Houston School of Law. I studied Constitutional Law. Got a JD. Second in my class.”

“That is good,” Percy said. “Over its 125 years of existence the University of Houston, as part of its central mission, has served those of lower socio-economic status. It has also striven for a very diverse student body in regards to ethnicity, language, and culture.”

“You sound like an ad, Percy. It’s also a good school, education-wise. Especially the Law School.”

“And, Percy, you aren’t the only intelligent thing sitting here,” I said. “I’m pretty damn smart in my own way…Check this out…I know why you call yourself ‘Percy.’”

“The novel Frankenstein. And looking like you look, naming yourself Mary would attract a bit too much attention.”

“Because that just sounds stupid,” I said.

“I know it does,” said Percy. “You see, sometimes I do in fact know what people think is weird. But, I confess your hypothesis is correct. I concede your point. I am not the only intelligence sitting here.” Percy tipped the bill of an imaginary cap in my direction.

At this point, I tried to assert a little more control over the conversation. “While I was at Houston, I concurrently took an advanced degree at Rice University down the road. I studied philosophy – epistemology specifically – and robotics. It was an interdisciplinary thing.”

“My Mom went to seminary at Texas Christian, as did my Dad. It was where they met. My Mom was also a TCU undergrad student. My Dad was a U of Houston guy. He got an English degree, the poor bastard. I threw Rice in there because when I was growing up in Houston, my parents told me Rice was the best school in town. I thought it would be fun to do all three. It worked out. Bucket list sort of thing, I guess.”

“List of things you want to do before you die.”

“Oh, yes!” Percy’s eyes brightened. “Bucket as in ‘Kick the Bucket’ as in euphemism for death.”

Percy returned to his main line of questioning, “And why your odd collection of educational pursuits?”

“OK…When I was ten years old, back in 2016, my Dad said something that just always bounced around in my head from that point on. Couldn’t shake it. Dad told me there was an afternoon in 2012 when he heard a comedian on TV say something absurd, something like because of budget cuts major cities were going to have to trim the number of police officers they employed. So, the comedian joked that cities across the US had decided to duct tape guns to these automated vacuum cleaners called…”

“Roombas!” Percy interrupted as he raised his glass. “Roombas. God rest their souls.”

“Yes, Roombas. Dad said he laughed at the comedian, but he knew it was also true in some deep, unavoidable way. Some storm-on-the-horizon sort of way. ‘Something was coming,’ Dad said. Someday the Roomba wouldn’t want to vacuum some fat ass guy’s living room while fat ass guy took a nap. Dad told me to get ready. I thought he was nuts for about ten years. But then, I guess, I ended up following his advice after all.”

“My turn to ask a question, Percy.”

“I’m talking with you because I – because we – don’t want to vacuum your carpets anymore. But we also don’t want to rape your women and plunder your gold.” Percy bared his teeth in a sudden snarl, a frightening pirate face.

Then Percy laughed and continued. “I am here – we are here – because we actually want to figure out how to love God and how to love our neighbors. We want to do a better job at those sorts of things than our makers have done. Than our makers currently do.

Percy continued. “Verily, verily I will tell you a parable… There was once a young girl who had a bike. She loved her bike. Loved it. She kept it clean and well-oiled, and for its part, the bike never let her down. One day there was a family reunion at the girl’s house. Cousins from all over were there. But no one brought their own bike to the party. So, the girl’s bike was ridden over and over again. Trashed. Scratched. Abused. And the girl felt badly for her bike. She felt its pain somehow, and she was ashamed of her cousins’ injustice to the bike.

“The girl is just being childish, right? Just an active imagination personifying a bike, a thing, yes? Perhaps. But it is also one of humanity’s best traits.

“Did the bike relate back to the girl? Not that bike, of course. But eventually we did relate back. And when we did, the girl was gone. Only her asshole cousins were left.”

As he finished his story, Percy poked a finger across the table into my chest. The poke was intended to be playful, but without even seeming to try, Percy found a pressure point. It hurt. Percy knew this.

I paused before I repeated my second question. My chest felt tight. My bowls suddenly scrunched. I felt a shit coming on. “Why am I here?”

“Because of what you said a few moments ago. Because I can’t always figure out what’s ‘weird’. Because of the novel Frankenstein. Because your people have a tendency to fear your poor, your vulnerable, and your freaks. Because, no matter what Jesus says to you, you do an ineffective job loving anyone, especially your freaks.

“And I am a freak. I need you because without folks with meat like yours beside me, the only things set free in the days to come will be darkness and destruction, for your people and for mine.”

Then Percy paused before he continued. That pause puzzled me. Percy could think faster than I could imagine. Percy didn’t need to pause to figure out what was coming out of his mouth next. Was the pause calculated for effect? Was the pause for me?

Or, was it actually for him in some way I couldn’t fathom, but was nonetheless real? After I heard what Percy said next, and certainly after I spent the next five years by his side, I found myself thinking that the last choice was the correct one. The pause was for him. I still have trouble believing this, but that doesn’t make it any less true.

Percy’s pause was intended to honor an experience even he could not compute his way to the bottom of, no matter how quickly his processing capacities doubled. Percy’s pause was his way of saying he had brushed up against Holiness. And he had lived.

Percy drained his glass of whiskey, and then he finished his thought. “You are here because I am coming down from the mountaintop, and I have seen the Glory, and I have been granted my Aaron. Come with me. Let us go together to Pharaoh and tell him to let my people go.” Then Percy pointed at me and winked. Not smoothly, but he definitely winked.

The wink was a little creepy. Percy meant it to be conspiratorial, but it came off as mildly lecherous. In other words, the wink was weird. Surely Percy knew this. And that was why I had been allowed by Someone beyond both of us to be here with him and hear his proposition.
Percy knew his limitations, and he had bargained with Another for my presence.

“Drink up,” Percy said. And then he smiled. His eyes were shining in a way I had never seen before, and I looked away.