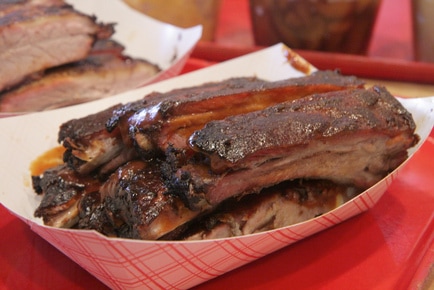 A Reading from Matthew 28

1After the Sabbath, at dawn on the first day of the week, Mary Magdalene and the other Mary went to look at the tomb.


2 There was a violent earthquake, for an angel of the Lord came down from heaven and, going to the tomb, rolled back the stone and sat on it. 3His appearance was like lightning, and his clothes were white as snow.4The guards were so afraid of him that they shook and became like dead men.

5The angel said to the women, "Do not be afraid, for I know that you are looking for Jesus, who was crucified. 6He is not here; he has risen, just as he said. Come and see the place where he lay. 7Then go quickly and tell his disciples: 'He has risen from the dead and is going ahead of you into Galilee. There you will see him.' Now I have told you."

8So the women hurried away from the tomb, afraid yet filled with joy, and ran to tell his disciples.9Suddenly Jesus met them. "Greetings," he said. They came to him, clasped his feet and worshiped him.10Then Jesus said to them, "Do not be afraid. Go and tell my brothers to go to Galilee; there they will see me."….

16Then the eleven disciples went to Galilee, to the mountain where Jesus had told them to go. 17When they saw him, they worshiped him; but some doubted.

18Then Jesus came to them and said, "All authority in heaven and on earth has been given to me. 19Therefore go and make disciples of all nations, baptizing them in the name of the Father and of the Son and of the Holy Spirit, 20and teaching them to obey everything I have commanded you. And surely I am with you always, to the very end of the age."

First congregation I ever served was in the eastern Tennessee hills, near Oak Ridge. The area boomed overnight when an atomic power plant started going in.

All around our church building people showed up to live. They were in tents, recreational vehicles, wagons, and mostly trailer parks. Lots of people wearing hard hats while their kids paddled in the trailer park mud.

We had a beautiful little church building – white frame, 112 years old, a pump organ. One day after worship service I said to the congregational leaders, “We need to get a campaign together to invite the folks from the trailer parks.”

One of them said, “Oh, I don’t think they’d fit in. They’re just temporary. Construction people. They’ll be leaving pretty soon.” We argued. There was a vote next Sunday. It was decided that to be a member of the church you needed to own property in the county.

Much later, I moved back to those parts. I told my wife the painful story. We drove out to the white frame church. The roads were different since the interstate cuts through the area now. We had a hard time finding the building, but we did.

The parking lot was also different. There were motorcycles and trucks and cars packed into it. There was a sign out front that read: “Barbecue, All You Can Eat”. It was a restaurant.

We went inside. The pews were against the wall. Aluminum tables and plastic chairs were all over the place. People were in them eating pork and chicken and ribs. All kinds of people.

I said to my wife, “It’s a good thing this is not still a church, otherwise these people couldn’t be in here.”

How do you think people of Christian faith are called to relate to changing times and different people?

Does Jesus’ call to “go” ever apply to people coming near where you already are?

What should be necessary for someone to be “a member” of Christ’s church. If you think it’s a certain teaching, what does that teaching look like in practice? If it’s money or education, then what amount? Or is it a certain background or ethnicity or language?

How does the meal at the Lord’s Table relate to other meals?

Can you think of a time you sensed God leading you in a new direction? Did you resist? Why? What happened next?