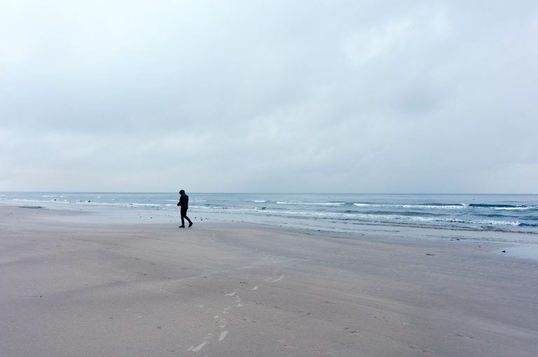 I remember a few months after Reese was born, Mindy took her to Indiana to visit Grandpa and Mimi (Mindy’s parents) for a week or so. It was the first time I had been without Reese, and I was surprised that I went through a bit of withdrawal.

Oh, I got all sorts of things done. In a number of ways life was easier.

For instance, without a 17-pound-wiggle-worm perched on my right arm, I made a lot of progress on a backyard redesign. I was able to get paperwork done without having to beg a small someone every three minutes to stop shredding it. I got to go to a sports bar and watch the NBA playoffs without having to go through twelve steps to prepare infant gear.

On a surface level life was easier without Reese and more trouble with her. Life was less messy when Reese was gone. But life was certainly not better.

Life was much better when sometimes I would blow off productivity and play “Rip the Sunday Newspaper Ads” with Reese on the living room floor, even if some of my paperwork got shredded by baby hands.

Genesis, the first book of the Bible, reminds us that God wasn’t productive every day of the week. Play and rest are as much a part of God’s “plan” as work. And, if we are made in this God’s image, then the same sort of “plan” is likely intended for us as well.

Genesis reminds us that God gave Adam the honor of naming the animals. What fun that must have been. I got to see a hint of it there on the sofa doing nothing with Reese and One Baba. But I could have missed it.

Life was certainly much better in the evening when, as an infant, Reese was tired and her defenses were down and she’d get the crazy giggles. In such moments, any peekaboo-type surprises or whakawhakawhaka-like sounds would cause her to lose it. Mindy and I called such periods “Delirium” and pushing Reese over the edge into them was great fun.

Genesis reminds us that in the cool of the evening God walked the garden with his people. Surely this was a time of laughter as much as it was a time of prayer. Or perhaps laughter and prayer were two sides of the same coin.

It was often messy for Reese to be with me, especially when a temper tantrum occasionally blew through and turned everything upside down. But, it was infinitely better when Reese was there. It was better to regularly “waste” time with her, to be in relationship with her. I would be less myself without her.

In Christian teaching there is the understanding of God as “Trinity” (as threeness). Jesus says at the end of Matthew’s gospel story, “Go and make disciples of all nations in the (singular) name of the Father, the Son, and the Holy Spirit….”

In Christian belief this means that the one, true God of Heaven and Earth is not a lonely old man sitting alone atop some heavenly mountain throwing lightning bolts down at us.

Instead God is a dynamic relationship of Three sharing honor, trust, mission, and life as One. God is a community, a relationship. God is love.

In Christian belief it is also said, through the words of Genesis, that we are created in the image of this God.

So it stands to reason that we are not created to be alone and isolated on our own mountains. We are created to share honor, trust, mission, and life with one another. In community we find the life of the one, true God who is a community of love.

Personally that means I need Reese, even as she needs me. Truly, we all need each other to become fully who we are made to be in the image of God.

Life might be easier without all the people cluttering it up. (Isn’t that the old joke?) Life is often messier with a community of blood or Spirit around us, but it is better, and a full life is not possible without it.

That’s why we can never do church or life only through a screen. None of us are designed to make it on our own. For better or for worse, we are made for one another.

We are social animals.

A lot of mammals are. It is best for us to be with other humans. It’s especially important for children and parents to be together. In a child’s early years that’s a big deal. It impacts both the parent and the child. For the child, it is the first taste of who the child is and will be.

We need each other, even though other people can be annoying. I totally understand why it was sometimes easier not to have me around.

We are separate but also united. God is like this. The Trinity thing. And God has love for us, so we become part of that Trinity. We’re adopted into it. I feel like that’s what the Holy Spirit does.

I think it’s easier for you now that I’m older and I can take care of myself to some extent. Like this morning I took a shower all by myself. I washed my hair so it wouldn’t turn into straw from swimming in a pool yesterday.

But we always need each other. It’s a bond given to us from God. It is important for us and for all of creation to need each other. We can’t love without others – people, animals, creatures.

I don’t remember ripping up the store ad pages from the newspaper. I think you exaggerated about me trying to rip your work papers every three minutes.

But, I still don’t really like the ad pages. Except the American Girl catalogue. I like that a lot. I keep those.

I was probably playing when I was ripping the paper. Play is a big thing – for children and for adults. It helps children learn how to be social.

Here is my big hypothesis about dolls. Dolls were created to help girls learn how to be people through play. We play through ideas with dolls and learn and still have fun.

I still have One Baba along with a second baba named Rainbow Baba. Their genders switch sometimes. I try to stick with a gender for a baba for a year, if not longer. Both babas are male right now.

And I still do the crazy-giggle-delirium thing.

When I’m really tired, I laugh. Most jokes will do the trick when I get like that. I try to control it now, definitely if it’s going to happen in public. And I’ll try to hide it from you and mom. I don’t know why. I just know you can notice it pretty easily.

Yes, dad, it’s fine that you wrote this.