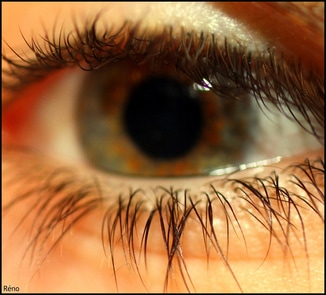 A Reading from Luke 23

32Two other men, both criminals, were also led out with Jesus to be executed. 33When they came to the place called the Skull, there they crucified him, along with the criminals—one on his right, the other on his left. 34Jesus said, "Father, forgive them, for they do not know what they are doing." And they divided up his clothes by gambling for them.

35The people stood watching, and the rulers even sneered at him. They said, "He saved others; let him save himself if he is the Christ of God, the Chosen One." 36The soldiers also came up and mocked him. They offered him wine vinegar 37and said, "If you are the king of the Jews, save yourself." 38There was a written notice above him, which read: THIS IS THE KING OF THE JEWS.

39One of the criminals who hung there hurled insults at him: "Aren't you the Christ? Save yourself and us!" 40But the other criminal rebuked him. "Don't you fear God," he said, "since you are under the same sentence? 41We are punished justly, for we are getting what our deeds deserve. But this man has done nothing wrong."

42Then he said, "Jesus, remember me when you come into your kingdom."

43Jesus answered him, "I tell you the truth, today you will be with me in paradise."

One of my students came to me in tears. She told me that she was in the University Common and saw a friend of hers sitting and reading something.

The woman said to me, “I was busy getting some money out of my purse for the Coke machine. I just said over my shoulder to my friend, ‘Well, how are you doing?’ Then I just went about my business.”

She paused and continued, “I found out later that my friend’s response was, ‘I just got a letter from my mom. She has cancer. Malignant. I think I’m going to leave school to help her.’”

In tears the student told me, “I didn’t hear my friend’s response. I just got my drink, went into the building, came back out, and said to her, ‘Well, what have you got planned for the weekend.’ I did not hear a thing.”

What would it be like if we really did hear?

How often are you unaware of the present moment because of what just happened or what you think may soon happen?

Has this lack of awareness caused any issues for you and how you relate to other people? To God? To the beauty in the world?

How does Jesus’ “forgive them…” from Luke 23 intersect with these types of things?

How does the opening of the repentant thief’s eyes and ears to who Jesus really is intersect with these sorts of issues?

What do you think would happen if you were more awake and aware of what God is doing around you and through you in the present moment?