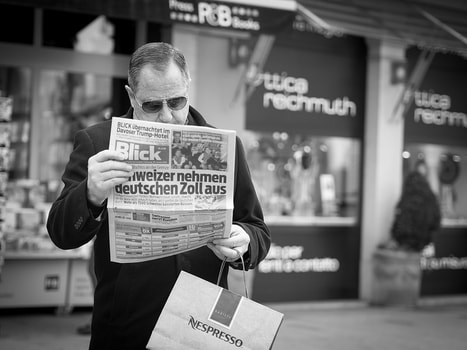 ​Reading news in the morning is an unpleasant way to start the day.

In 2017 I remember reading about how the 8 richest individuals (all men) possess the same wealth as half the human population (about 3.6 billion people).

It calls to mind the old words of Yeats: Things fall apart; the centre cannot hold; Mere anarchy is loosed upon the world…”

It’s the type of world that begs the ancient criticism of the prophet Amos: Hear this, you that trample on the needy, and bring to ruin the poor of the land… buying the poor for silver and the needy for a pair of sandals… Shall not the land tremble on this account, and everyone mourn who lives in it?”

But I still found myself with glimmers of light. At least a few of the eight rich men have taken pledges and public positions indicating they sense the absurdity of the situation.

And then I was pointed toward an article in the KC Star about a significant local company, the KCI Auto Auction, who has made extravagant giving to struggling neighbors a part of its institution’s DNA.

As the executive director of Jackson County CASA put it, “What’s most amazing is that the Auto Auction’s made philanthropy and volunteering central to their business mission.”

Following Christ disallows us from certain things, like seeing certain people as animals disconnected from us because of their background, nationality, poverty, or appearance.

Yet Jesus also empowers us to work as individuals, businesses, and governments to pursue a world more pleasing to the One who called it good.