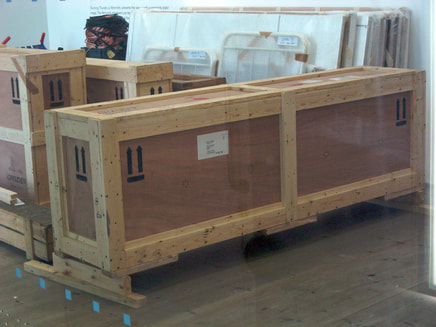 ​​I read a kid’s book on The Underground Railroad, the paths people took to escape the Southern Confederacy and slavery. (Karyssa was given the book by a friend.)

In it I learned about Henry Brown. Brown was a slave in Virginia who lost his wife and children when they were sold away from a neighboring plantation.

By 1849 Brown couldn’t take it anymore. Henry had a white friend named Sam who hated slavery, had friends in Pennsylvania, and agreed to help Brown escape.

So, what did Brown do? He mailed himself to freedom.

Brown bought a large wooden box, lined it with soft fabric, and spent half his money on postage. Henry burned his hand with acid to get out of work, Sam nailed him into the box, and off Brown went to the post office.

26 hours later the crate was opened in Philadelphia. (Pretty quick shipping, no?) Henry Brown got a new nickname – Box, wrote his memoir, and ended up living in England so he’d be safe from slave catchers working the North.

Amazing. From now on Henry is someone who has my admiration and compassion. I will not forget his story.

But would I? I’m not so sure. I don’t like to take risks and make waves. It’s easier to say, “I’ll get in trouble if I help Henry, and Jesus is just another criminal among many.”

Are you a Sam?

If so, who’s your Henry Brown?