I Was Wrong -- Fred Craddock Story #6 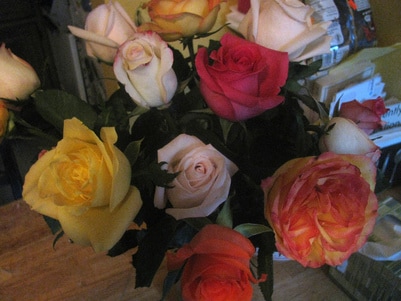 A Reading from John 3

16"For God so loved the world that he gave his one and only Son, that whoever believes in him shall not perish but have eternal life. 17For God did not send his Son into the world to condemn the world, but to save the world through him.

(And the Apostle Paul continued:)

16So from now on we regard no one from a worldly point of view. Though we once regarded Christ in this way, we do so no longer.

17Therefore, if anyone is in Christ, he is a new creation; the old has gone, the new has come! 18All this is from God, who reconciled us to himself through Christ and gave us the ministry of reconciliation: 19that God was reconciling the world to himself in Christ, not counting men's sins against them. And he has committed to us the message of reconciliation.

20We are therefore Christ's ambassadors, as though God were making his appeal through us. We implore you on Christ's behalf: Be reconciled to God.21God made him who had no sin to be sin for us, so that in him we might become the righteousness of God.

My mother took us to church and Sunday school; my father didn’t go. He complained about Sunday lunch being late when she got home. Sometimes the preacher would call, and my father would say, “Church doesn’t care about me. Just wants another name, another pledge. That’s the word for it, right Preacher? Pledge? That’s all they want – another name on the rolls, some more money in the bank.”

I guess I heard it a thousand times.

One time my father didn’t say it. He was in the veteran’s hospital. He was down to 73 pounds. They’d taken out his throat and told him it was too late. They’d put in a metal tube and burned him to pieces with X-rays. I flew in to see him.

He couldn’t speak; couldn’t eat. I looked around the room, flower pots on all the windowsills, a stack of cards nearly two feet deep on the bed. Even on that fold-out tray you eat on in your hospital bed – a flower.

Every one of them from a person in the church.

He couldn’t speak, so he took a Kleenex box and wrote on the side of it a line from Shakespeare. He wrote: “In this harsh world, draw your breath in pain to tell my story.”

What does it mean to be an ambassador of anything? Of Jesus?

What does it mean to look at Jesus (or a friend, or an enemy, or yourself) from “a worldly point of view”? What is the alternative?