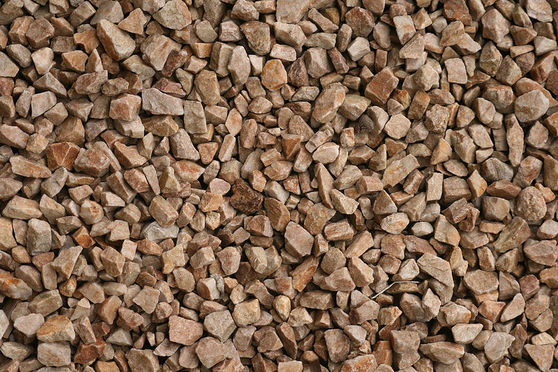 In the wake of Easter and Pentecost I keep thinking of how far beyond our control Jesus happens to be.

The disciples want Jesus to represent God’s rule through violence and swords; Jesus chooses to represent it through healing and giving up his own life. The world wants to keep Jesus safely locked up in the tomb; Jesus decides he has more people to see and things to do, so he rises up never to die again.

For instance – as Exhibit A – I offer you baby Reese from a few years ago.

During the time period I have in mind, Reese had taken up the hobby of eating rocks.

Back then we lived in Phoenix, Arizona and our front yard was covered in very small gravel. These little chunks of stone were always getting tracked inside the house. The pill-sized rocks would stand out on the tile floor and – apparently – cry out “EAT ME!” to Reese.

So sometimes she would. She’d pop one in. We’d see her do it. We’d tell her something like, “No, Little Missy. We do not eat rocks in this family. Spit-It-Out. Now.”

Reese would ignore us and turn away. We’d go over to her to retrieve the rock. She’d make her lips like iron as we tried to dig our fingers into her mouth. She’d stash her rock-snack in her cheek. Eventually we’d find it, remove it, and win.

Reese would get totally ticked-off, shake her fist at us, and vow – using words from a secret toddler tongue we did not speak – to put us in an institution for unsuitable parents. As soon as she got her driver’s license. And could write English. And could dress herself. Etc.

It was horrifying, but I’m not talking about the rock-eating. I’m talking about the display of defiance and rebellion. Reese weighed 16 pounds 9 ounces and stood 27 inches high, but we could control her about as effectively as we could force the sky to drop rain.

But that’s also wonderful. After all, we want a relationship of love and trust with a living child; we aren’t interested in owning a soulless doll whose limbs we can pose however we want whenever we want.

I can’t shake that this has something to say about how God looks at us. Even though the Bible talks a lot about the power of God to achieve God’s goals and make things happen, all that doesn’t rob us people of our freedom to work with God or against God.

Man and Woman are placed in a Garden and granted the freedom to choose to leave it. Moses meets God at the burning bush and argues with God over whether or not he’s the right choice to go and challenge Pharaoh. The Prophets take God’s people to task for forgetting God and forsaking the poor. More often than not God’s people tell the Prophets, “We’re fine. You can shut up now.” Jesus walks by the seashore and calls James and John to leave their nets and follow him, but it seems the brothers are free to say to Jesus, “Thanks, but no thanks.”

That’s amazing to me, but it also makes sense because a relationship of love is impossible if there is dominating control. When Jesus takes the bread from his last supper and says to his friends, “Take; eat. This is my body given for you,” part of what makes it glorious is that we can say, “No. I’m fine on my own,” but we don’t. We choose to connect our lives freely with the God who freely connects his Spirit to ours in Jesus Christ.

Sometimes I’m just sure that if I could control everyone according to my wishes then life would become a garden of delights. However, all that vision really does is make me a cruel and false god. And a crazy one too. Why? Such a world wouldn’t be a garden. It would be a pathetic, boring hell. Besides, it certainly would not be the world God created and called “good,” the world Jesus died to make new.

Instead of trying to control it all, let’s use what we can actually control in our own lives to spread the love of Christ, to spread a healing, forgiving, and renewing power that can do more than we can ever imagine.

I don’t know if this fits totally with the essay, but what popped up in my mind was destiny.

Destiny is hard to define.

I used to think it meant that God had a line we were just going to have to walk and God just knew we were going to go on it. But now I picture destiny different. God doesn’t simply say, “You gotta walk this exact line or you are gonna die.”

My new definition of destiny is that it is not always clear. Depending on the choices we make we can take a different line. Like, imagine you thought you were going to be a movie star, but you make certain choices and you become a teacher. God doesn’t force it. God lets us freely take part in how the line happens.

You can save big or spend your money on a bunch of candy. The decision you make defines where you go from there. God doesn’t just force us to save and say, “YOU WILL NOT BUY THE CANDY!” We have a life, a soul. Freedom. God works with that.

In movies sometimes characters see their destiny in a special rock or ball. Then later in the story they find out there was more than one way things could go. The destiny they saw was not rock-solid. (Note: Karyssa claims not to have intended the pun.)

I guess it’s just hard to define destiny. Our technology doesn’t let us go back in time, but even if we could, things still wouldn’t be easily controlled. If they could be at all.

Now I’m thinking about slavery. I think the slave masters were like false gods. They were saying to the slaves, “I am God. I own you. I control you. I force you to do things. You work for me. You worship me.” They didn’t use their power to share freedom.

Love is caring and freedom. It is guidance and help, but it’s also letting the other one still be herself. You can even see this with a pet.

Thank you for taking the rocks out of my mouth. I didn’t want a rock-solid gut. (Note: Karyssa claims to have intended this pun.)

Yes, it’s fine that you wrote this, Dad.