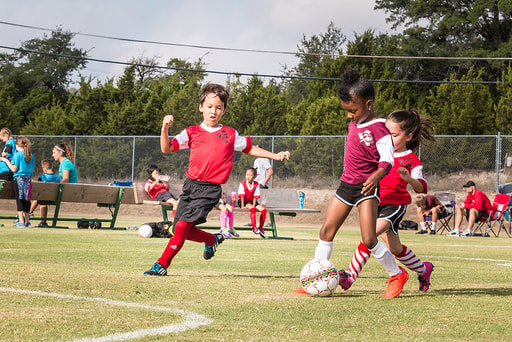 ​There’s this stray kitten who camps in our backyard on a daily basis. She’s a gray tabby. She squeaks. We named her Eclipse. We met her the day of the 2017 solar eclipse.

She’s not ours, and she has no desire to be an inside cat, but we decided to feed her. Why? Because she’s a living creature we wanted to honor with dignity and life.

Like you, I hear about refugee crises. Often these refugees spend years in camps that are, in a real sense, nowhere. The refugees are stuck in the middle of two places while essentially being in neither.

And, every time I hear these reports, I think about a movement that puts soccer fields in refugee camps.

Why? Soccer fields sound frivolous. But, compassionate people know refugees are not garbage; they are people. And, wise people know that one of the ways of honoring people as such – especially children – is by giving them the freedom to play, to run, to laugh, and to work together. So, for those reasons and more, there are soccer fields in the camps.

Legendary preacher Fred Craddock says he was once taken to task when he mentioned critically that a poor person had spent a little money on perfume. The person talking to Craddock reminded him that all people deserve some nice things. In other words, people are people, and should be shown dignity.

I pray about this when I’m told again the story of Mary, Jesus, and Joseph fleeing to Egypt as refugees. Did Jesus get to play soccer? Did Mary dab some perfume on her wrist from time to time? Did Joseph know he was a good father and not a failure?

I hope so because they deserve dignity. They are people. They are running to save the world.