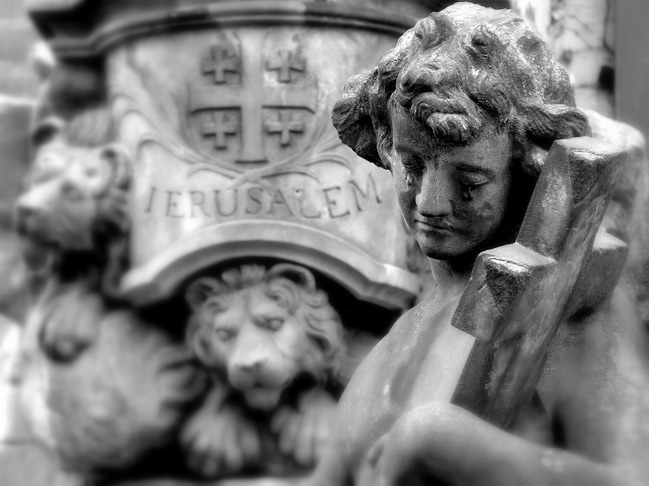 A Reading from Second Corinthians Chapter 11 (The Message)

(The Apostle Paul writes, “For the sake of the good news of Jesus,) I've worked much harder, been jailed more often, beaten up more times than I can count, and at death's door time after time. I've been flogged five times with thirty-nine lashes, beaten by rods three times, pummeled with rocks once.

I've been shipwrecked three times, and immersed in the open sea for a night and a day. In hard traveling year in and year out, I've had to ford rivers, fend off robbers, struggle with friends, struggle with foes.

Paul’s last thought (about “those I thought were my brothers”) is rather cutting. Being false within the Christian community is as great a danger to Paul as shipwrecks and bandits….

Why do we fool ourselves into thinking that we should behave differently in church from the way we live any other time during the week?... The idea that God is more attentive to our language inside the walls of the church than outside is a silly one…Wherever we are, God can handle our lives as they are. Let us be true to life and faithful to one another and God.

The ancient prophets of Israel spoke to God frankly, sometimes disturbingly so, demanding that God knew exactly how they felt, not just during good times but bad ones as well. As in so many ways, in this way the prophets were true before God.

So, how did we get here with our obsession with shiny happy Christianity? The prophets, so often quoted by shiny happy preachers today, were not false that way…The prophet Hosea married a prostitute and was abandoned by her. The prophet Ezekiel was bizarre, odd, and eccentric. The prophet Jeremiah was a melancholy person in his disposition. They did not need to pretend, to show themselves false.

(The thoughtful people of today) will not sit in churches passively and put up with the phoniness….

A Time of Prayer for You

Do you like reality TV shows? Why or why not? Do they actually reflect “reality”?

How would this look like to people outside the Christian community, outside the congregation?